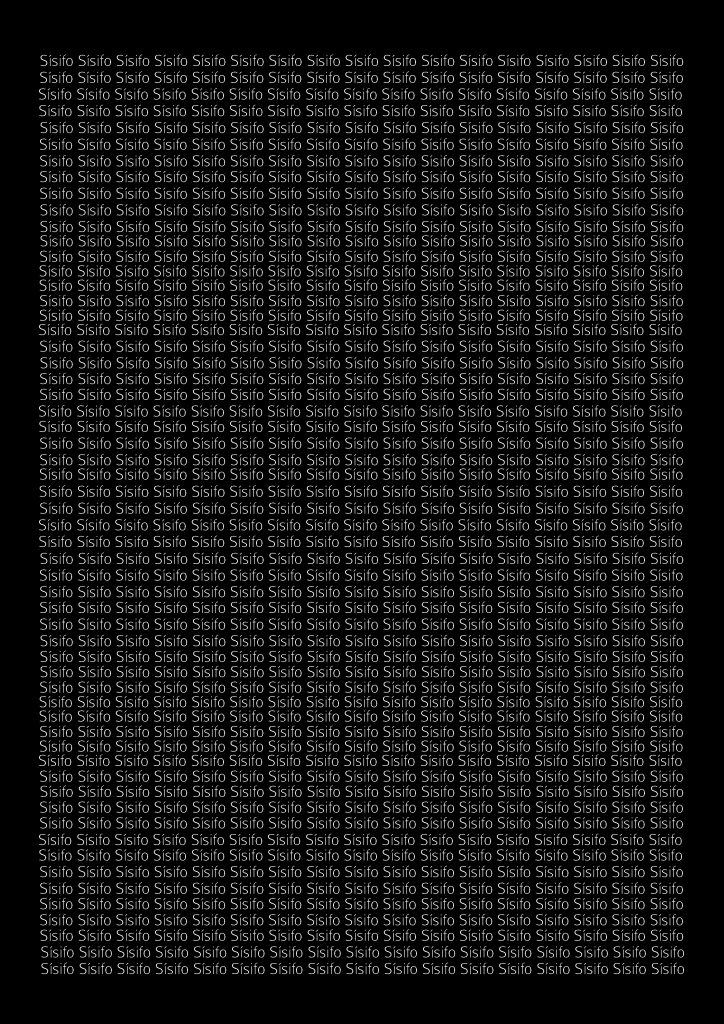 The current work has become a repetitive mechanism and automaton, where every day are equal. Since the industrial revolution alienation has taken over the working classes but since ancient times there was a myth that explained this routine, the myth of Sisyphus. In Greek mythology we are told that this prince is condemned by Zeus to climb a large rock up a mountain, since then history repeats itself. At present, we have become modern Sisyphus where we reiterate this routine to finish the same story. When we are going to reach the top and finish the work we find ourselves, like the Greek, as an invisible hand throws it to us and throws the rock at the end of the hill, for again and again, in an endless loop, back to try to finish our task. The myth of Sisyphus has been a reference from ancient Greece to the contemporary era, in existentialist philosophy through Albert Camus and his essay «The Myth of Sisyphus», where the little meaning of life and the question of suicide are pondered for the nonsense of this kind of life. Through this photographic essay I try to manifest the problems created in such specialized and unnatural works, where everything is studied and measured for the maximum benefit and the lowest cost for employers and instead the future of the employee is nothing other than repeating and repeating the Same day merely to survive. These degenerative thoughts in curious and restless people can become overwhelming and malicious, where the only thing that is achieved is to annul the thought of the individual. That abstract intelligence that is really what defines us as human beings.